Do Guardians of the Veil dream of Supernal Sheep? On a good night… perhaps.

What of the bad nights? What fills his nights with terror ’till he awakes screaming in his sweat-soaked bed? Is it demonic manifestations of the abyss, dragged into the Fallen World by the paradox of raving Banishers?

Is it the Seers of the Throne? They spend their days on bent knee before their Exarchs plotting the demise of the Atlantean Pentacle and all those who seek its wisdom, but even they can not shake a Guardian to the foundations of his very soul.

Oh no, it takes much more than these to fill the Guardian’s heart with dread.

What does it take?

It takes one Acanthus Mage.

A Mysterium Acanthus Mage. A young woman with spikey purple hair, a smarmy British accent, and an overachieving sense of urgency. The worst part about this Mage is not that her Tarot Card is “The Fool”, nor is it the fact that she has at her command the power to warp both Time and Fate to her will.

The truly terrifying thing is the cabal in which she is the voice of sanity and reason. 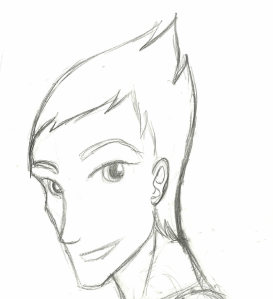 Aenaiyah: The Voice of Reason