← Tech at the Table:
The Principles of Time Travel →

I previously promised to get to the dream-invading “nocturnal activities” of the most recent session. Sadly, due to some players who shall remain nameless (but not unpunished!) who missed the last session, I can’t do that just yet. I will, and it will be hilarious, but I can’t… yet.

That’s a big yet for some, eh Arrow?

My current dilemma is this: The Recap.

You see one of my players was there for most of the session (during which he caused all sorts of trouble at the Vatican and the Temple Mount), but had to leave early. Ordinarily I would not forgive this, but his brand new baby boy is adorable enough that I will let it slide this once. His character was very much present for the hilarity, and I did in fact feel compelled to make a few decisions on his behalf. I believe I made the decisions he would have made if he had been able to stay – which is to say that they would not necessarily have been the best decisions he could have made under the circumstances. It’s his way.

My current plan is to take the opening moments of the next session and hit him with some “decision points”, by which I can accurately judge how well I know this particular player. I’m guessing I know him pretty well but there’s only one way to find out, right? Along the way maybe I’ll have him make a few WITS+COMPOSURE rolls to see how much of what was going on around him his character was actually paying attention to. This is likely to amuse me. I like this plan.

My next problem is the two slackers who missed the last session altogether. I already have a plan in place to punish Niels, and I am hatching a wonderful plan for our memory-challenged Cabalmate Rex. Their punishments will be slow, drawn out, and brutal (as they should be) and are not my problem per se. My problem is what to do with them while we catch Argus up to speed on the things his character was around for, but he wasn’t. On the one hand – they weren’t there and in theory should not hear the recap. On the other hand – it will be even more hilarious to have them around hearing events unfold as Argus finds out what he missed and certain others start to squirm uncomfortably in their seats.

I suspect that I will err on the side of hilarity.

As part of this I have to decide where their characters are right now. Since the Cabal is on an Astral journey it’s always possible that their characters will simply show up later than the others did because it took them longer to enter a meditative state. Rex probably fell asleep a few times making the attempt, and Niels was probably distracted by Physics. Damien was using spells to help everyone arrive in Astral Space together so in theory they would find the others eventually. Since this is not a physical journey, and dream-time is even more wibbley-wobbley than real time, they could be arriving just in time to bear witness to hilarity. This would completely excuse their being party to The Recap since their characters could in fact have witnessed it, which in turn would have a synergistic effect on the hilarity!

Are you squirming yet Arrow? 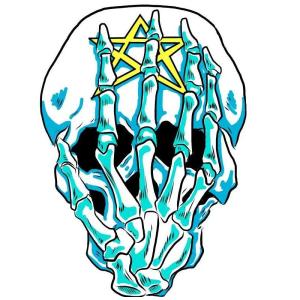 ← Tech at the Table:
The Principles of Time Travel →