I get it – found footage is neato! It’s the flavor of the month. It’s awesometastic! It makes you feel like YOU’RE THERE! One movie did it, NOW WE ALL HAVE TO DO IT!! Because if we’re not lemmings well then what are we?

The problem is that your entire film should not look like it was shot by this guy: 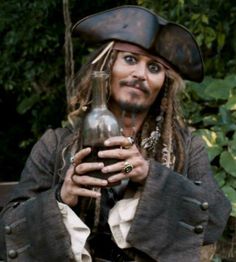 And I’m being super serious here: when the shaky-cam makes your audience run out of the theater to vomit before the action starts there is a problem.

“As Above So Below” (and, for the record, ‘Paranormal Activity 5: The Marked Ones” – I’m looking at you, too.) I wanted to love you. Truly I did. I suspect that you had some cool things going on, but sadly I couldn’t watch any of them.

There is a segment pretty close to the beginning of the film, and this isn’t really a spoiler so no worries, where the lead character (a female archaeologist) is doing a little before I made the find of a lifetime I was just this humble archaeologist searching for the truth interview. She is sitting down outside of a building. It is a bright and sunny day. You would hope that the person she hired to film this would be capable of holding a camera steadier than I can when neither he nor the subject is moving, and yet the entire segment looked like it was filmed here:

Those audience members eaten by the Kraken were the lucky ones.

Now you may be asking yourself why I’m using still images to convey how motion sick I was. It’s a valid question, and the answer is that it felt like a valid proof of concept. I was able to make you understand how the camera (and the contents of my stomach with it) was pitching and swaying and why I was still sick the day after seeing this movie without actually inducing motion sickness.

The catacombs under Paris are such a fantastically creepy location that I can’t understand why there aren’t more movies filmed there.

I’m sure that by next month there will be at least 12 more though.
Who knows, maybe I’ll be able to see one of them!

What a pity I was too sick to be able to watch the movie before they even decided to go there. It was actually the interview with the university bobbing up and down in the background that did me in.

How sad is that?

I was able to hear the movie, and it sounded like I would have enjoyed it if I could have watched it, or if it had a narrator like an old school radio drama for those of us trying to not be asked never to return to this theater again.

So Hollywood, in closing, please stop with the 100% shaky-cam movies. Shaky-cam needs to be done in moderation to accent the frantic parts of the movie. If you do it throughout then at best your movie has no range. The palette has only one color (and only one shade of that color). There is no contrast. There is no false sense of security before shit gets real. There is no sense of urgency to the shaky-cam when every moment of the film is shot that way.

At worst, your audience winds up praying to the porcelain gods before the action even starts.

So please, please just stop. I like horror movies, and I want to support the genre, but I’m not sure I can justify continuing to pay theater prices for a film that I can’t actually watch.

Tags: as above so below, found footage, Hollywood, paranormal activity 5, ShakeyCamInducedMotionSickness, shaky-cam